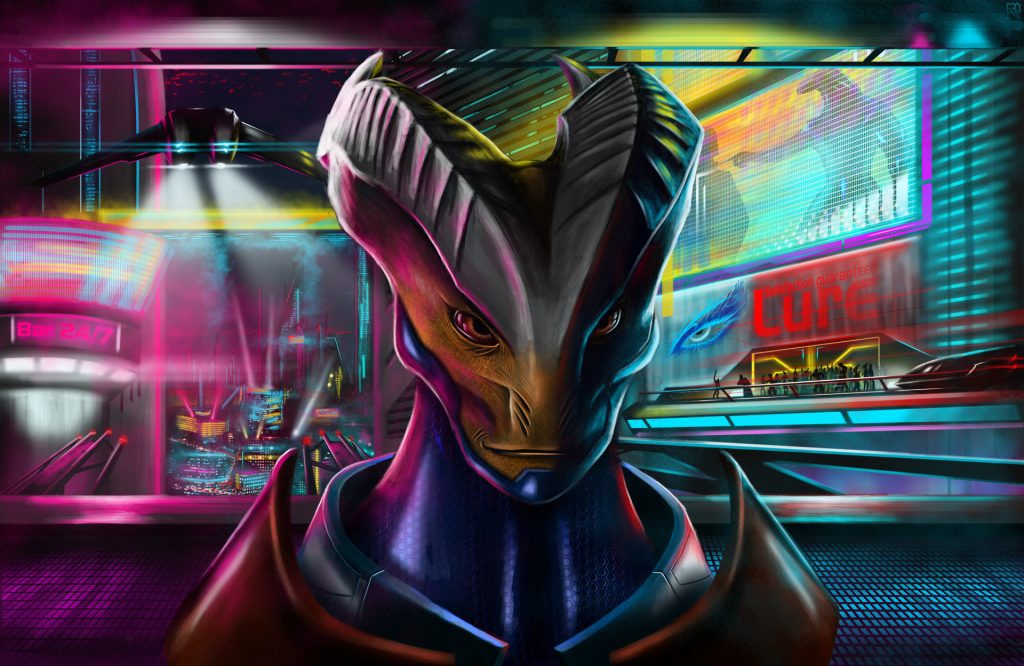 This is the first of what I hope will become a regular “column” on this blog about topical scientific articles of the week and how the news plays into the world of science fiction.  In other words, how might I construct a story out of the information in the article?  It is going to be a sort of scratch pad of ideas that explores how stories are constructed and, who knows, I might even publish the finished product later.

What Kind of Life Would We Find On Titan?

This week’s inspiring article comes from the website Phys.org which posts articles on the latest developments in the world of science.  I find it is a wonderful hunting ground for ideas for my writing.

Most of us grew up on TV and movie Sci-Fi aliens who, for the most part, are bipedal humanoids that we somehow manage to relate to, either by cooperation, fighting or making out with them (Captain Kirk was a Player!).  There have been a few notable and imaginative exceptions, even within the realm of TV (like the Horta in Star Trek), but by and large, alien life as depicted in most media are all beings with which we can relate.  Otherwise, a story is a bit more difficult to construct.

Fact is more interesting than fiction

The article listed above, however, places the entire concept of alien life into a, well, far more alien framework.  The author begins with the question of what kind of life might be expected to have evolved within the liquid hydrocarbon seas on the surface of Titan and other planets outside of the traditionally understood habitable zone around a star?  It turns out that scientists looking at this particular problem at the labs of Cornell University have come to the conclusion that cell membrane structure of such creatures, if they could exist at all, would be completely bizarre and unlike anything that evolved within a planet with liquid water.  But they do end up concluding that it is possible for some kind of life to exist in that kind of chemistry.

As the Bard tells us,

There are more things in heaven and earth, Horatio,
Than are dreamt of in your philosophy.
– Hamlet (1.5.167-8), Hamlet to Horatio

which means, there is more chance that nature is going to throw even weirder shit at us than we can probably come up with in our imaginations.

So here is the artistic challenge of the week.  What kind of form would an advanced alien civilization take that had evolved on a planet like Titan?  Could we communicate with them at all?  Would we even recognize them as a civilization, or visa versa?  How might we communicate, or even relate to such truly alien beings?  For fiction conflict purposes, what complications could arise from our meeting each other (please, no Avatar, noble savage type of crap…let’s be real about this)?

If you have some ideas you’d like to share, please post them in the comments section.  Perhaps we can build on them and get a really interesting alien constructed that we can all take away to our own desks and write stories that are more interesting than Dr. Who (which I really love for entertainment, by the way).   I, for one, am going to mull on this and see if I can come up with a story idea, or two.