Me and Leonardo Da Vinci 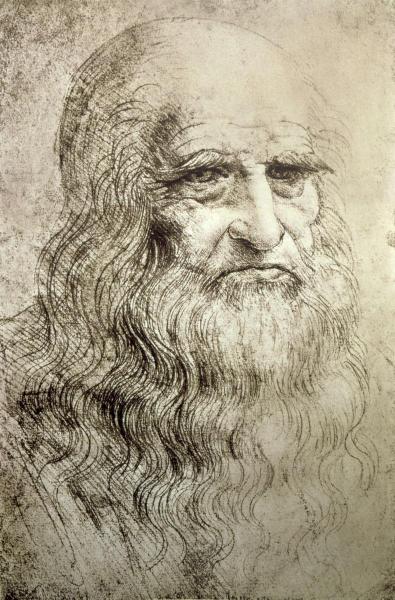 No, I’m not intending to compare my self with the great Leonardo Da Vinci…or maybe I am?

For most of my life I’ve been cursed with a constantly growing, diverse number of interests. It only takes one look at the bookshelf in my office to convince anyone that I’ve dabbled in a lot of stuff.

For example: I have 45 books on the subject of golf, equally as many on photography, multiple volumes on drawing and painting.

I have at least three bibles and numerous books on christian spirituality. Then there are all the books I’ve bought on the subject of writing, dozens of novels and a few books from my attempts to learn german and spanish.

None of this includes the three boxes of geo-science technical books languishing in my garage. Nor does it even consider the hundreds of physical books I no longer had room for and was forced to sell many years ago.

Let’s not even talk about what I have on my iPad!

What I’m trying to say is that over the years I have been interested in a wide variety of subjects, not unlike the great master, Leonardo Da Vinci. I am hardly a master at most of the things I’ve studied, although I am a fairly decent golfer these days. And I don’t think my writing is horrible.

Da Vinci was a master because he explored things during a time when few things were deeply questioned. He exhumed and dissected human corpses in order to teach himself anatomy. He designed and tested various kinds of flying machines after studying the flight patterns and anatomy of birds. Not satisfied with the representative art of the time, he refined the use of perspective in his paintings.

Leonardo was a genius and lived at a time when one person could come close to understanding the sum of human knowledge. Leo had a habit of starting projects only to abandon them to move on to the next shiny object. By today’s standards he might have been diagnosed with attention deficit disorder (ADD). I like to think that his mind worked ahead of his hands and he saw early when a project was not going to live up to his expectations, abandoning it so his time could be spent on more fruitful pursuits.

In the times we live, when the volume of human knowledge is exploding at a geometric rate, it is no longer conceivable that a person can possess the sum total of learning. We no longer have to study subjects under threat of arrest. We no longer have to develop base concepts from observation or first principles. All we need do is surf the internet and most of what we wish to learn is at our disposal. Can you imagine what Leo might have accomplished in the twenty-first century?

I think poor Leo would have been overwhelmed. Like me, he might flit from one shiny topic to the next in search of something to master enough to add to the science or the art.

Now, I’m not arrogant enough to suggest I posssess anything like the genius of Leonardo. Had I lived in his times, chances are I would have been little more than a peasant or a soldier; a cleric or a monk. I doubt I would have had the courage or tenacity to rise above the cultural expectations and taboos of the day in order to push forward the envelope of knowledge. I would probably have been just as curious, but would never have risked what he did in order to sate his muse.

Leonardo lived at the right time for his genius and the world is better because of that. I am living in the right time for me to satisfy my diverse interests. Perhaps I will eventually produce something for posterity. I can only hope to.