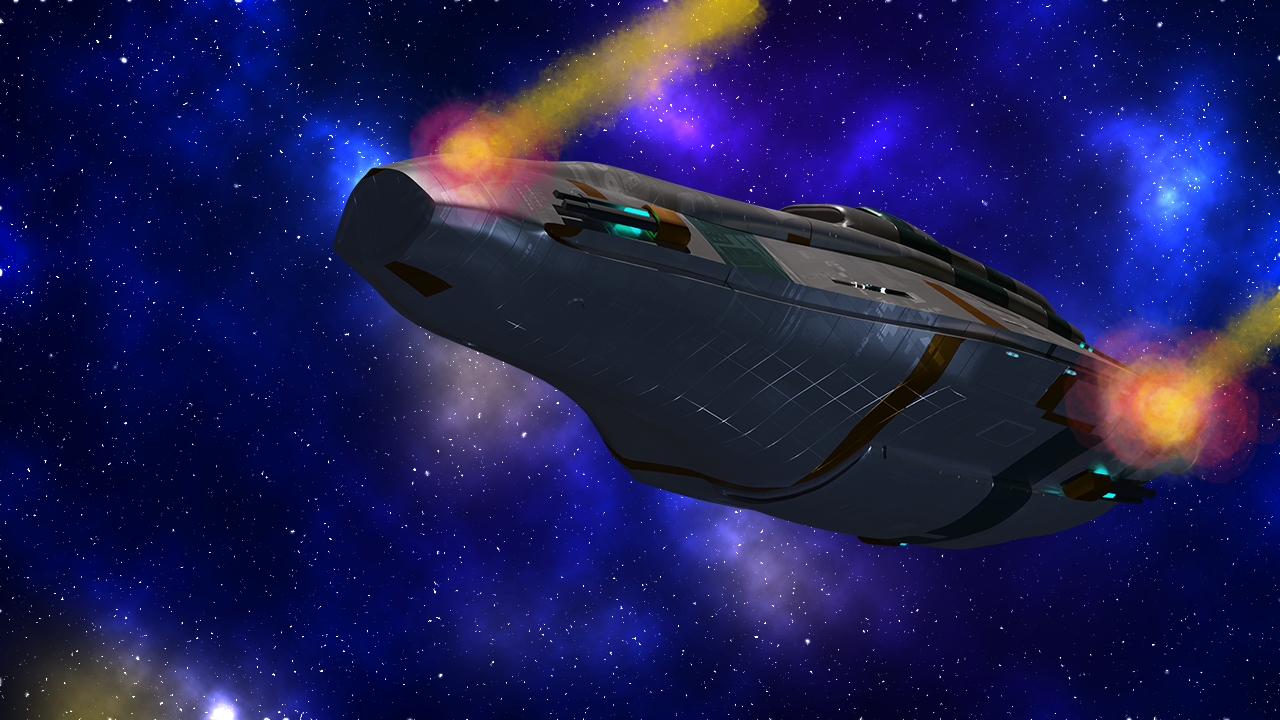 “Helm, accelerate to point 15 c. Heading: toward the nearest rock in the asteroid belt.”

“Targeting data is being forwarded to tactical,” said Hayden, unable to suppress the stress in his voice.

“Our triangulation is preliminary, sir. I think they figured out what we were up to and made their move before we could nail down their position.”

“Hmph. We got caught with our pants down.” The captain rotated his chair to address the tactical officer. “Gunney, is there a firing solution computed?”

“No precise positioning info, Cap’n, but there is enough for a spread of laser fire with a good chance of hitting home.”

Pavlovich looked sternly at Hayden. “Now I only need to decide if I’m going to shoot first. What does your fancy academy education suggest, XO?”

Perspiration ran down Hayden’s cheek. His only exposure to this type of situation had been simulations, and he had never performed well in them.

He addressed Bates. “Comm, is there any kind of signal from astern? Any sign they are trying to hail us?”

“Not a peep, Lieutenant.”

Hayden returned Pavlovich’s dark, angry stare, then made a decision. “Their actions are provocative, sir. I recommend we fire.”

The lighting on the bridge dimmed further, and Scimitar’s hull vibrated as the ship’s stern array of twelve, 500-exawatt X-ray lasers fired at their pursuer. The barrage continued for twenty-seconds before stopping to allow the weapons to recharge.

“Status of target?” asked the captain.

“No indications of impact, energy discharge, or debris.”

“You mean we missed?”

The ship lurched and the pull of the gravity plating weakened. The lights winked out, and only emergency illumination prevented them from plunging into total darkness.

Cora’s hands flew across the manual interface at her station, and she scrutinized the readouts. “We’ve been damaged astern. Engine two is inoperative, and number four is barely hanging on. Attitude control is offline...give me a second.” Her fingers danced over the keyboard, and a moment later Hayden felt himself being pushed sideways by an invisible force. He grabbed the captain’s console to steady himself.

The hull hummed again with another barrage of laser fire. Pavlovich turned expectantly to Gunney, who shook his head.

“How the hell did you miss?”

Anger flared in Gunney’s human eye. “There is no bloody way I missed, Cap’n. The lasers ain’t touching them.”

Cora examined her readouts in more detail. “No hull breach, but magnetic plating didn’t do much to stop whatever they hit us with. We’ve got a lot of structural damage on ventral decks six through nine.”

“Evacuate all noncritical personnel to the central core. Clear the compromised sections and vent whichever ones are unoccupied. I don’t want any explosive decompressions.”

Pavlovich activated ship-wide address. “All hands: prep for possible zero-g battle conditions.” He addressed Cora. “I didn’t like how the plating responded to that last hit, Engineer.”

“Analysis. What the hell did they use on us?”

With his link to no longer talking to ship’s systems, Hayden had migrated to an unoccupied console and strapped himself into the chair.

“Whatever it was didn’t register with the bugs.”

The ship was rocked a second time. Hayden’s stomach lurched as the pull of gravity vanished.

Cora called out a litany of damages. “Power to grav-plating is out; damage to stern laser array elements six through eight; aft rail gun is destroyed; structural breaches on decks nine and ten; engines four and three and two offline...”

“I need a solution, people!”

Hayden shouted above the noise, “Captain, the fact that we can’t see them and our lasers don’t affect them...”

Pavlovich stared at him. “Well? Go on?”

He swallowed then said, “Try using projectile weapons. Fire a volley as they approach us; they’ll be within one hundred klicks in fifteen seconds.”

“Attitude control is functional. Bring us around and present our forward guns,” said Kaine.

“Helm, do it!” said Pavlovich.

The cyborg returned his attention to his tactical console. Hayden felt himself pulled sideways as Kwok rotated the ship to face the invisible attacker. Before the rotational movement stopped, the sound and shaking of the forward rail gun being unleashed vibrated the deck.

Anxious, he monitored the sensor drone readouts for any indication of an impact.

“We hit them!” he shouted. “Registered three hits. Some damage, I think. I read some kind of gas venting. They are breaking off and heading away from us.”

A cheer arose on the bridge from everyone except Pavlovich.

“Where did they go, Kaine?”

“They accelerated and left our drone range at high speed. We’ve lost them.”

“Great, so we only hurt them. Who knows when they’ll come back and maybe bring reinforcements?”

He nodded at her, and she unbuckled herself and floated to the hatchway.

“We’re going to need a place to hide while we repair ourselves and come up with a plan of action,” said the captain.

“Aye, sir,” said Hayden, eyes still trained on the screen in front of him. “I think we’re too far from the mining colony under our present condition, but I found us somewhere to lie low. There is a debris field 100,000 klicks to our port. We might be able to power down and float among the wreckage until we are repaired. Hopefully it will mask our signature from...whoever they are.”

“What kind of wreck, Mister Kaine?”

“It looks like the remains of a UEF heavy cruiser, sir.”

“Great, now we are going to hide from the monsters in a graveyard.” Pavlovich drummed his fingers on the arm of his chair. “Kwok, set course for it. Best speed.”

Hayden reexamined the sensor logs, praying he wasn’t sending them into something worse.

Dark terrors await on the frontier of space…

With his crippled ship hunted by a relentless enemy, Hayden Kaine unexpectedly finds himself facing an invasion force that threatens to overwhelm the unsuspecting Confederation's defences. Kaine must survive long enough to warn Earth of the danger. If he fails, the empire will fall and humanity will be doomed to extinction by a foe whose existence defies the laws of physics. 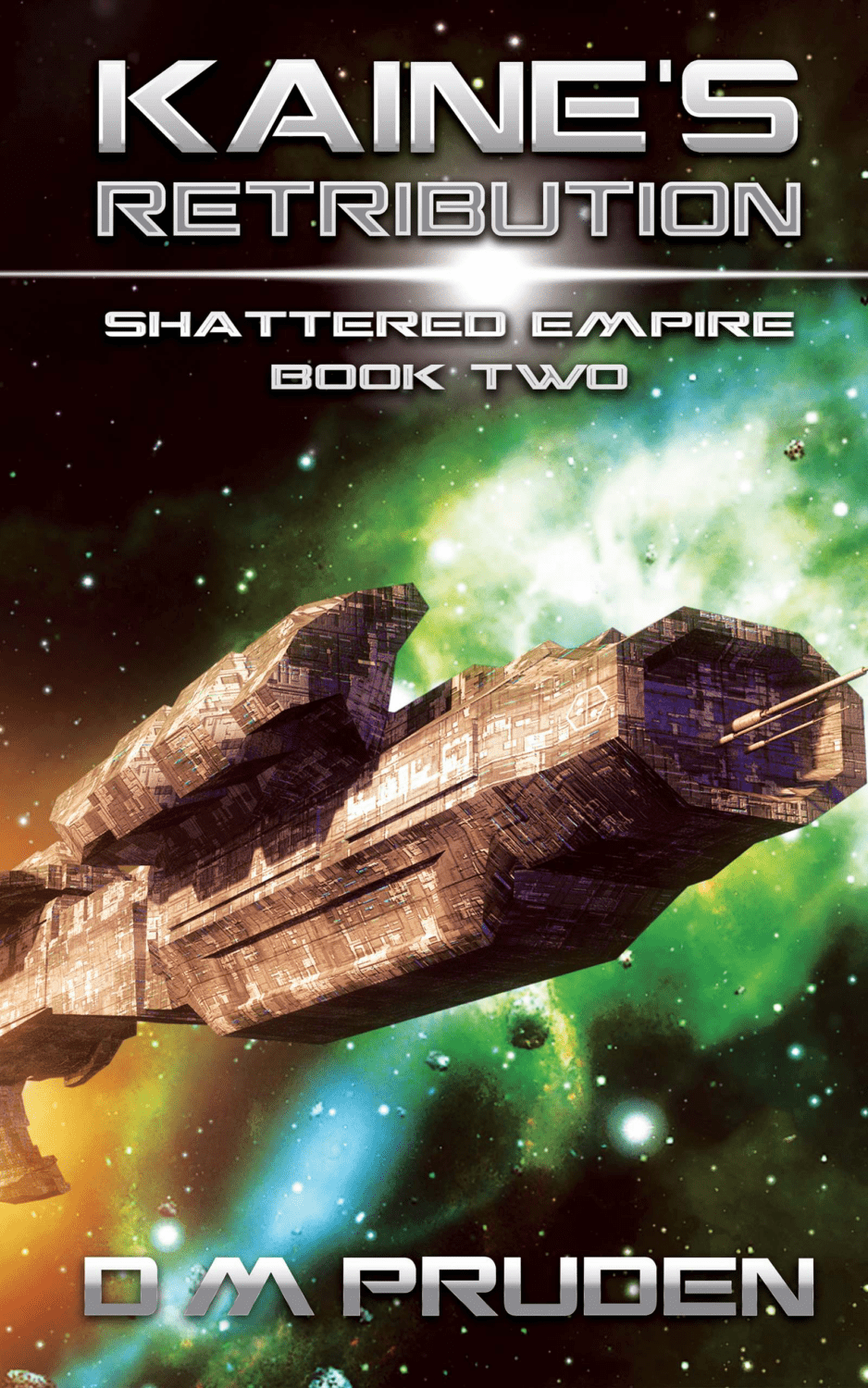 An empire has fallen...

After being lost for a decade, Hayden Kaine's old ship and crew mysteriously reappear, bringing with them an alien technology with the potential to repair the damaged interstellar jump gate network and restore the Confederation.

But the solution is coveted by many powerful men and Kaine must decide who to trust, before the galaxy is  plunged into a civil war that will cost billions of lives. 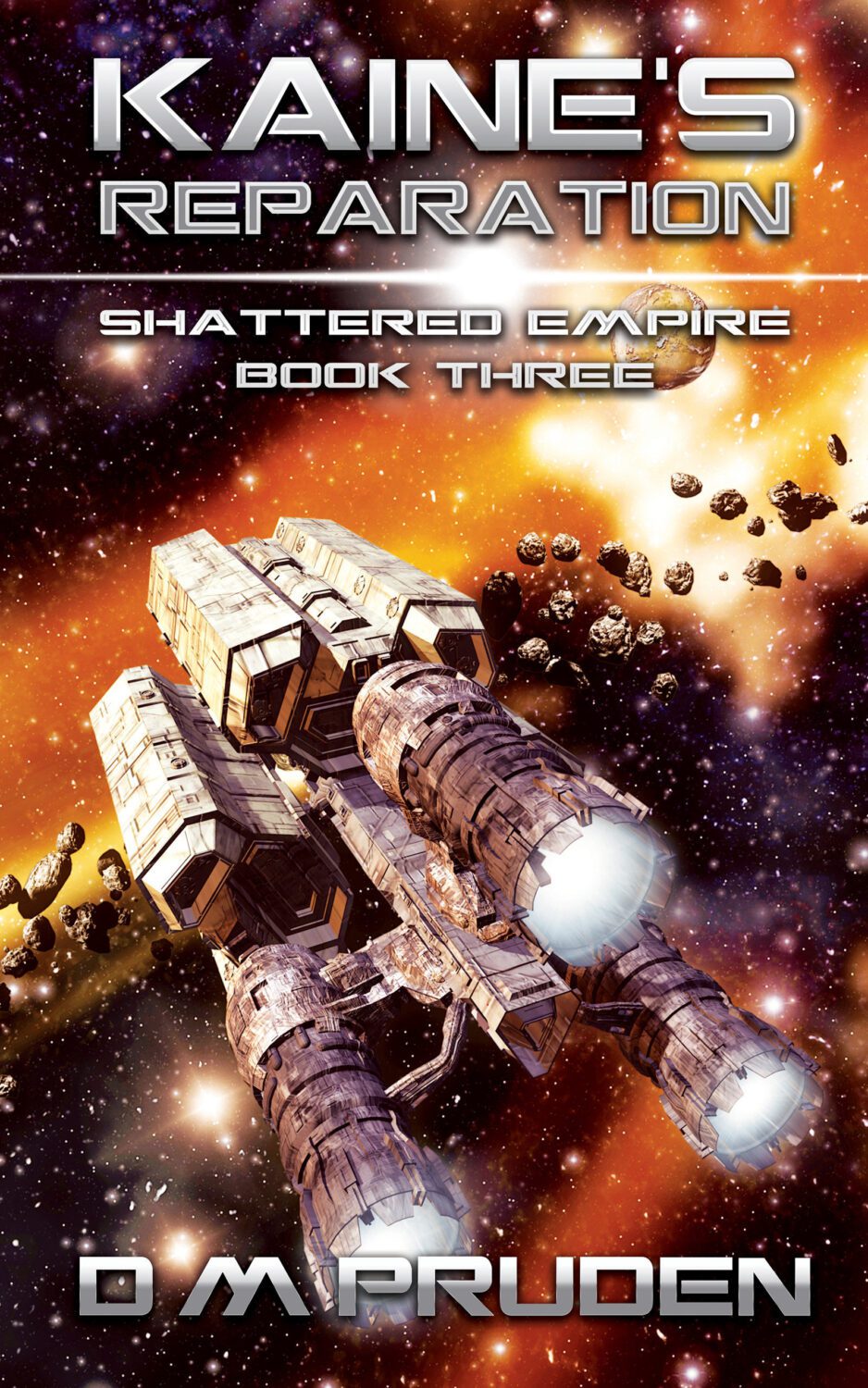 A scattered humanity has no defence...One last hope remains, but the cost may be too high…

Hayden Kaine and the crew of the Scimitar discover an alien relic that offers one final hope against the overwhelming Malliac horde...

But when everything goes horribly wrong, the existence of the universe itself may be the price to pay for meddling with technology beyond their understanding.