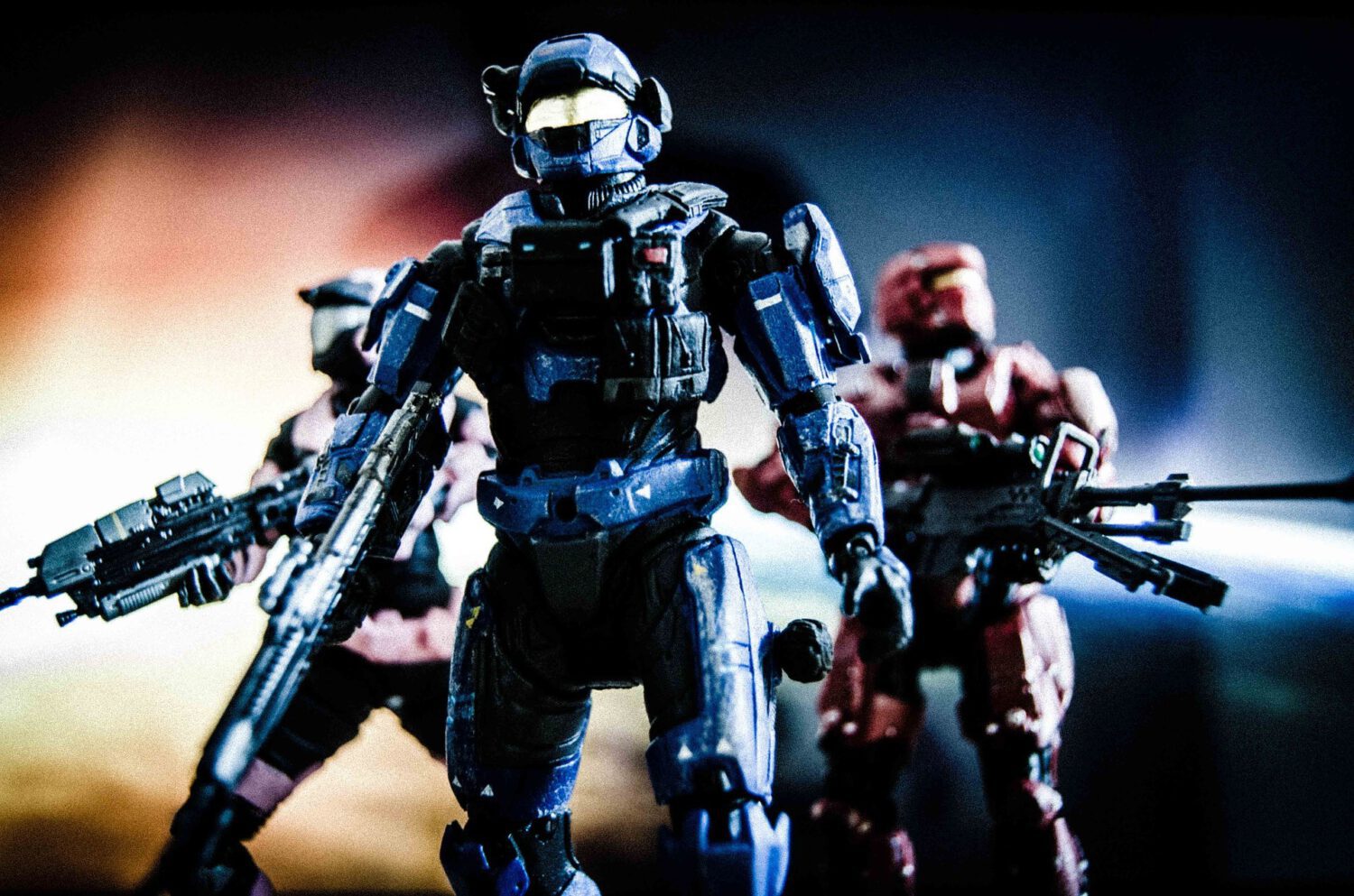 From The Jovian Collective:

“An EMP took out our systems. We’re being boarded.”

“Probably. Whoever it is didn’t show up on our radar before they hit us.”

“I only caught sight of one through the ‘scope, but that doesn’t mean there aren’t more. You shouldn’t be here. You’ll be safer in medical.”

“I need tools from Schmaltz. Miller is hurt bad and I need to get medicine into him, but it’s locked inside Maggie’s structure.”

“Shit, I don’t know how long we have before the outer door is breached.”

“You expect whoever it is wants in badly enough to force entry?”

“I do. I’m about to seal off this section to avoid explosive decompression, so you can’t be here.”

He hesitates. “How critical is his condition?”

“Good, then get your ass back to medical, and seal the door.”

Another light approaches from behind him. Umbra settles to the deck, activating his boots as he does. He, too, carries a weapon.

“Any idea what we’re facing?” Chambers asks him.

Umbra shakes his head. “They are using stealth tech, so that narrows things down to Terra, Luna, Mars or the Collective.”

“Maybe one of the pirate factions has gotten their hands on a stealth ship. Is Mars missing one?”

He scowls, but says nothing.

“So, just about anyone,” I say. “How did they find us? Nobody is supposed to know where we are going.”

“It’s possible that we’ve been intercepted by a random Martian patrol ship,” says Umbra, “but if so, they are way beyond their assigned position.”

“I’ve encountered Martian patrols before,” says Chambers. “They can be dicks, but they wouldn’t hit us with an EMP without warning.”

“The Terrans might if we stumbled upon one of their spy vessels,” says Umbra, “though I’d expect they would just nuke us to ensure their presence remained a secret.”

“You guys aren’t doing anything for my sense of calm,” I say.

Chambers turns awkwardly in his suit to face me. “Why the hell are you still here?”

My reply is pre-empted by a loud bang from inside the airlock. Chambers scowls at me and points down the corridor.

I deactivate my boots and push off the wall to float back to medical. A few seconds later, a hiss signals that the emergency bulkhead behind me is manually being lowered in place by Chambers.

Reaching the medial bay, I slip through the partially opened doorway. I find the manual pump inside the access panel and rapidly lever it up and down to force the door shut.

With the medical bay sealed off, I lean against the closed door and try to corral my thoughts. Normally, I would have taken a strip off of Chambers for his apparent lack of concern for Miller, but the situation is dire. I’ve never seen him so anxious before. Even Umbra’s normally pale complexion was inordinately white.

We are in real trouble, and I’m holed up in medical like a bug in a jar.

Miller’s breathing is more ragged, and I can hear the gurgling of the blood accumulating in his lungs. I make my way to his side and check his vitals.

He has less time than I’d hoped. I have to do something.

Hurrying to the storage cabinet, I locate the field surgical kit I keep packed and ready.

Returning to Miller’s side, I load a hypo and inject him with the most potent pain killer I have. It won’t prevent him from feeling what I’m about to do, but it’s the best I can do under the circumstances.

Out of habit I turn to clean my hands in the sterilization field, but stop when I realize it is out of commission. Cursing, I find a topical sterilant in the med-pack and apply it to my hands before donning the antique surgical gloves in the kit, all the time trying to recall and follow emergency sterile technique.

We had two classes in med-school that dealt with surgery in zero-gravity. The instructor spent most of his time repeating that it is something best to be avoided, and assuring us that the odds of us ever being called upon to apply the techniques were next to nil. Fortunately I was a diligent student and aced the class, but it was still a long time ago.

I curse to myself for forgetting she’s offline, then close my eyes to recall the diagnostic images I saw before the power went out.

A single puncture wound in the left lung from his broken rib. If the idiot had strapped himself into bed like the rule book says—.

I set up the manual bronchoscope, and am grateful to find its battery is still charged.

The work is finicky and delicate—certainly not helped by the circumstances. Still, though it takes me longer than the five minutes Maggie would have required, I locate and cauterize the wound.

When Miller is on the emergency field respirator and breathing more easily, I let myself relax. What I’ve done should keep him alive for a few hours until the gravity is back on and Maggie can do a proper follow up.

Out of habit, I check my CI for the time, only to find it still offline. I estimate that I’ve been occupied saving Miller for the past forty-minutes, and am concerned that there has been no word from Chambers. My imagination begins to play through multiple gruesome scenarios.

Before I can muster the courage to go looking for him, the lights come on. The return of my weight signals that the gravity plating is back online, and the clicking emanating from Maggie informs me she is rebooting.

One of them points to me and says, “Take her.”

As his companion advances on me, the one giving the orders turns to Miller.

With no hesitation, he raises his weapon and fires. Miller’s head explodes in a spray of blood and bone fragments.

I hear someone scream, and realize that it’s me. Fingers dig painfully into my upper arm, and I am dragged out the door, still screaming over what they did to Miller. 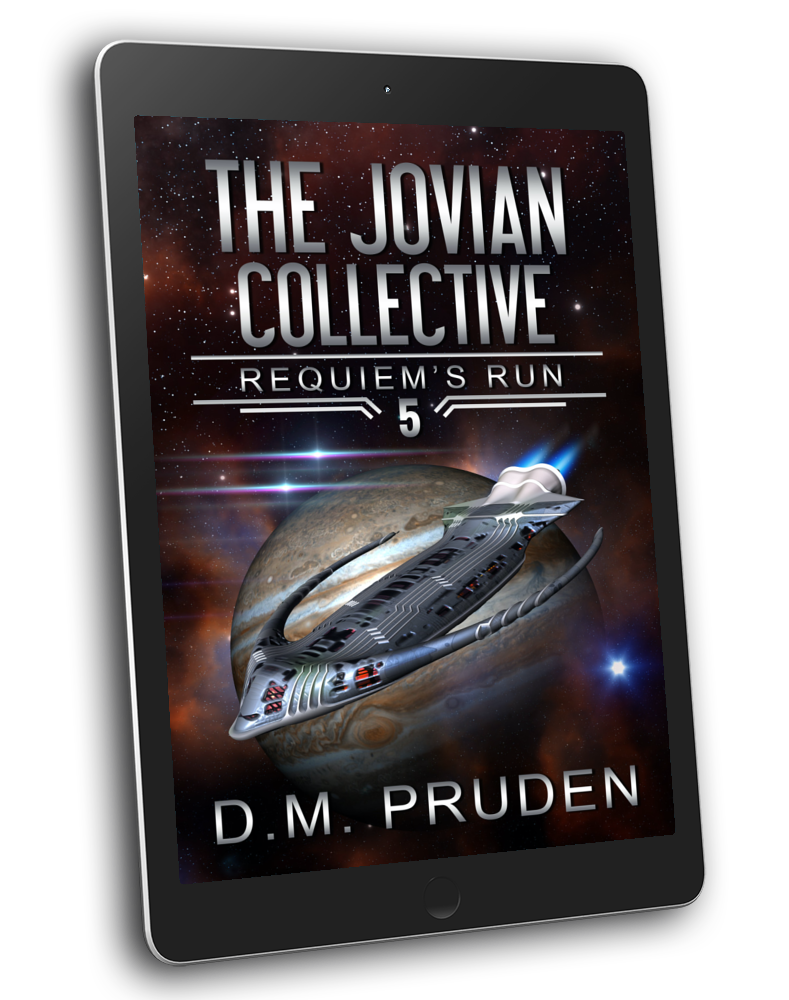 The Jovian Collective is coming soon...

Melanie Destin has attracted the wrong kind of attention...

The Jovian Collective is looking for her. They have a job that only she can do, and nobody turns them down if they know what's good for them.

Carson Willis has set in motion the final steps to bring down the Collective. If he succeeds, his mysterious employer is set to become the single most powerful economic power in the solar system, and an interplanetary conflict between Terra and Mars will be all but assured.

Mel's job is to stop him.

But she believes his plans hide a far more nefarious objective that frightens her far more than the shadow of war; one that will place the psychopathic Willis in control of the entire solar system.

But nobody will listen to her.

Â Abandoned by her friends and allies, Mel is left to her own resources to stop Willis. With the clock running out, and her enemy closing in on her, she has one impossible chance to prevent a remorseless killer from becoming the most tyrannical despot in history.

Want to be informed when this book is available?

Just enter your email below and press submit.