​​Our perch afforded us what should have been an ideal position to see for kilometres. As things were, the storm obscured the scene, and all I could discern was a vague shadow in the shape of our vehicle, fifty metres or so away.
From the direction of the growing noise, a dark form coalesced above our transport. With spread wings like a giant raptor, it hung motionless, assessing the vulnerability of its prey before plunging down for the kill.

An explosion startled me. A bright orange flash from the aircraft told me Dylan’s first shot had been true. Unfortunately, it had not been fatal. Engines screamed to a crescendo as it rotated, and thunderous flashes of returned fire burst from its side.
Another blast erupted on the hull as Dylan managed a second volley. This time, the damage was more significant, and the ship rasped desperately, the whine rising and falling as the pilot attempted to wrest control of his failing vessel. The spectral wings listed alarmingly to one side, and the doomed craft descended rapidly toward where it had fired its guns. Seconds after it vanished into the blowing grit, a hollow boom shook the ground, accompanied by the screech of rending metal and composites. 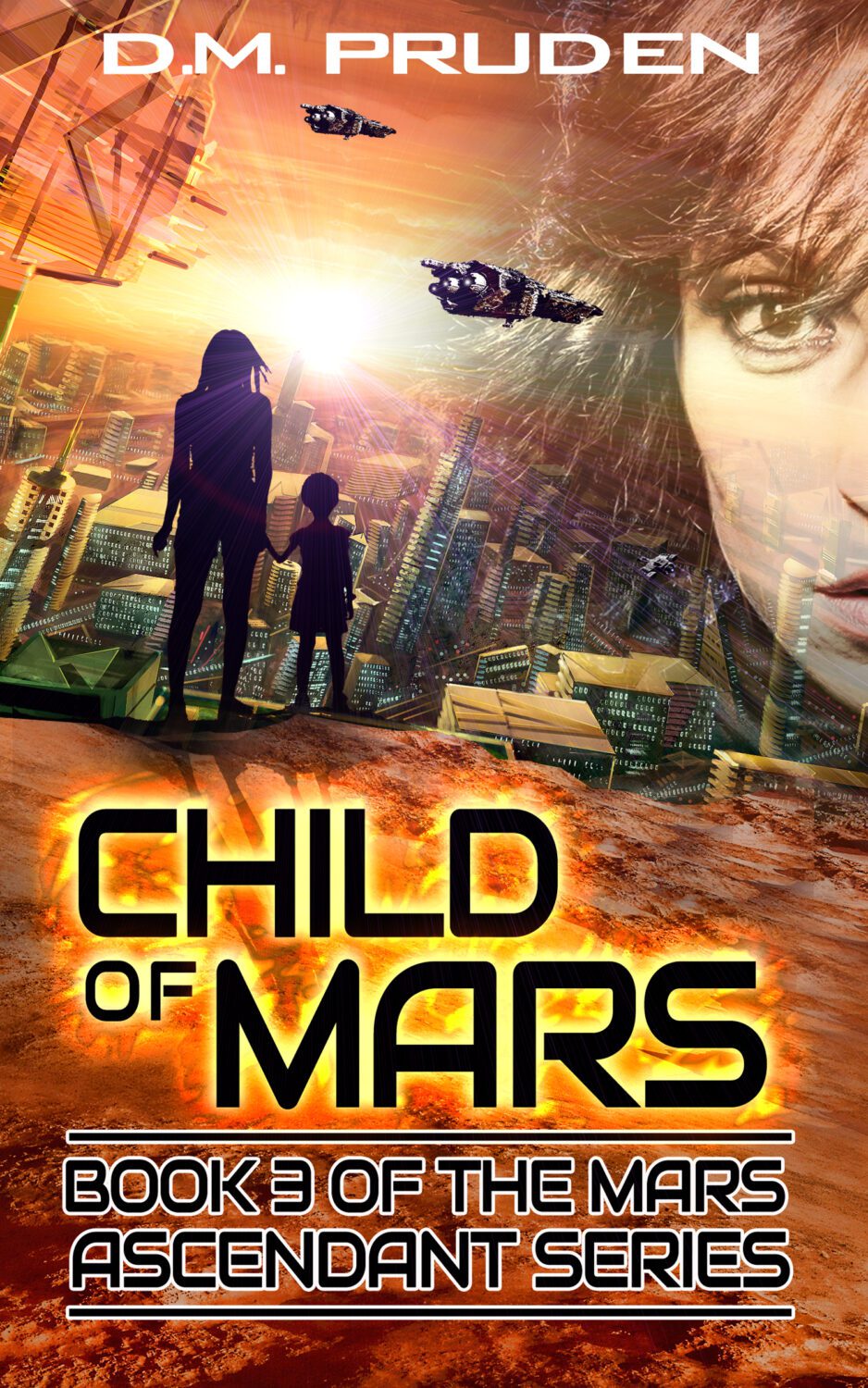 ​​Clutching each other, Adrianna and I crouched motionless, listening for any sign of the returning marauder. The only sound was the whistling of wind and the ticking of sand grains as they bounced off the rocky outcrop.
When I could stand the silence no longer, I risked activating my comm. “Dylan? Are you there?”
Static in my ear was my only reward for breaking protocol. The aircraft went down in his general direction, and I didn’t care what he told me about remaining hidden. I scrambled down the rocks and had reached the bottom, ready to dash off in search of Dylan, when I remembered Adrianna.
I waited while her short limbs hurried her down the hillside. Her hand locked in mine, I pulled her toward the downed airship. An explosion knocked us both off our feet. As we rose again, the obscuring dust ahead of us glowed orange from the burning wreckage. The air darkened further as smoke from the fires mingled with the suspended sand before being whisked away on the wind.
My heart beat a rapid tattoo as I called in vain for Dylan. Stepping around smouldering chunks of fuselage, I strained to peer through the pall of dust, desperate to find him.
A tug at my sleeve by Adrianna directed my attention to something a few metres away. Advancing on the slowly moving object, we discovered it was not Dylan but an injured member of the ship’s crew, or what was left of him, practically torn in half by the crash. His legs were missing entirely. The dying man dragged himself pathetically across the sand. Gasping in the thin air, his trailing entrails leaked what blood remained in him on the parched Martian soil.
Distracted from his hopeless quest, he stared at us, a desperate plea on his face. Adrianna, to my surprise, did not cower from the horrible sight. Instead she met the man’s stare with a coldness that sent chills down my spine, as if she willed for him to die in front of her.
There was nothing I could do for him except put him out of his misery. It was the merciful thing to do, but my inclination toward him was more in line with Adrianna’s. My vow to do no harm became a convenient justification to leave him to his fate. It was a deliberate misinterpretation of the Hippocratic Oath, but I didn’t care. For all I knew, this man had killed Dylan.

​Buy ​Child of Mars NOW at any of these Retailers